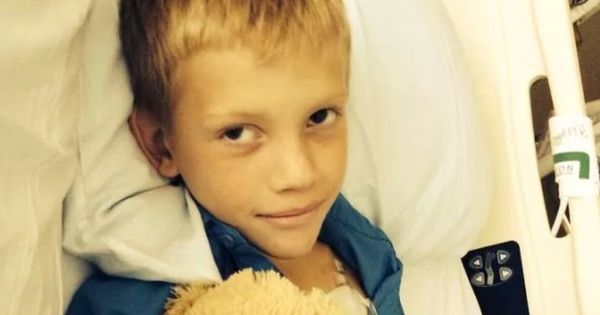 Craig Lamb wasn’t going to throw his annual barbecue reunion and charity fundraiser this year. He’s in the middle of moving to Okeechobee to be closer to his elderly father.

Then Roy Wilson, a hardworking volunteer from past reunions, called and told him about Dylan Meyer.

Dylan, 6, was diagnosed with acute lymphoblastic leukemia just before Halloween. Since then he’s endured eight surgeries and dozens of rounds of chemo, and although the doctors say his prognosis is good, it will take four years of intense treatment to get there.

Craig Lamb couldn’t let Dylan or his parents, Brian and Ashley, down.

So the party is on for Feb. 14 at John Prince Park in Lake Worth. The band, Thursday Nights Ritual, performs again this year. “What better way to celebrate Valentine’s Day than showing some love for your community?” Lamb said.

Lamb held the first reunion four years ago after a chance meeting with some friends from high school. For Lamb, who faced physical challenges himself, his circle of friends bolstered him when he was growing up in the Lake Worth/Lantana area in the early ‘70s.

He connected with Bob Murdorf of Lantana, who had started an “I’m a fan of Lantana” Facebook page, and together they got the word out about the reunion.

Then tragedy struck. A woman Lamb had gone to school with died suddenly from a brain aneurysm, leaving two young children. Her parents had stepped in to care for the kids, but the loss devastated the family. Lamb decided to take up a collection from the folks at the reunion and raised $4,000.

The second year, Lamb’s Reunion-Benefit-BBQ Bash helped Lantana resident Frank Beswick, who had thyroid cancer, and 19-year-old Danielle Herb, of Lake Worth, who suffers from a rare neurological disease. Last year, they helped the family of Mahniya Humphrey, the great-granddaughter of the late Coach Bill Humphrey, Lake Worth High School’s head football coach from 1964-75. This year, the Meyer family will benefit.

The Meyers live in Port St. Lucie now, but they’ve got deep roots in Palm Beach County. Ashley (Logan) Meyer, Dylan’s mom, was raised in Lake Worth, and his dad Brian was born and raised in Lantana. They were high school sweethearts — he went Santaluces, she went to Lake Worth — who met at Publix, where they both had part-time jobs.

Brian works for AT&T, where he’s been for eight years. Ashley had to quit her job with Bank of America when Dylan got sick. His treatment has him in the hospital several times a week.

“It’s not easy on him,” Brian said. “But he’s a tough kid. We try to keep him motivated. We stay positive. But we’re not going to give up. It’s the way we were raised.”

It’s how Craig Lamb and his pals from Lantana and Lake Worth were raised, too.

“It is all about bringing the community together with the goal of helping someone else.”

Cost: $15 donation at the door. If you can’t make the reunion but would like to make a donation, go to Paypal.com

Previous post A benefit for Mahniya Humphrey in Lantana