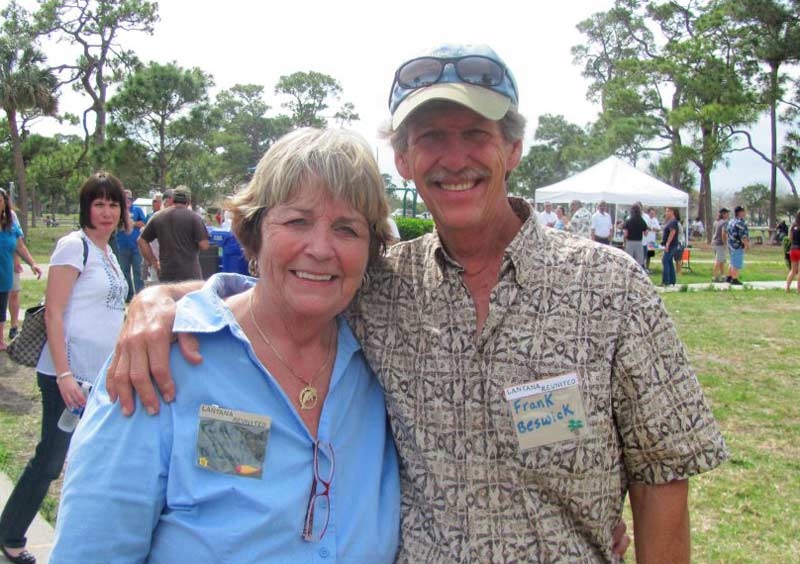 For the love of Lantana (and good friends)

Craig Lamb grew up in Lantana in the ’60s, and he knows what it’s like to depend on his friends.

Born with scoliosis, Lamb spent much of his sophomore year at Lake Worth High School in a full body cast. His pals helped him then. And when they recently reconnected on Facebook, Lamb decided his childhood buddies needed a reunion — so they could reminisce about old times and also help out others.

So, he threw the first Lantana Reunited BBQ Bash and Benefit last year — and raised $4,000 for a needy neighbor.

“I was so blown away by the response that I decided to do this every year and pick someone from Lantana who was in need,” says Lamb, who worked for local developers until a layoff in 2007. “It is all about bringing the community together with the goal of helping someone else.”

This year’s all-day “party with a purpose” is Feb. 17 at the American German Club of the Palm Beaches. Proceeds will go to long-time Lantana resident Frank Beswick, who is battling thyroid cancer, and 19-year-old Danielle Herb, who suffers from a rare neurological disease.

Food and fun: Barbecued chicken and pork, with all the fixings, plus traditional German fare, will be served from noon until 5 p.m. Two longtime local bands — JCB Blues Band and Thursday Night’s Ritual — will play from noon until 8 p.m. More fun: A raffle, bake sale, T-shirt sale and games.

Tickets: $18 for adults, $10 for children 6 to 12, free for children under 6. Includes choice of barbecue or German picnic fare and unlimited water, soda or beer.